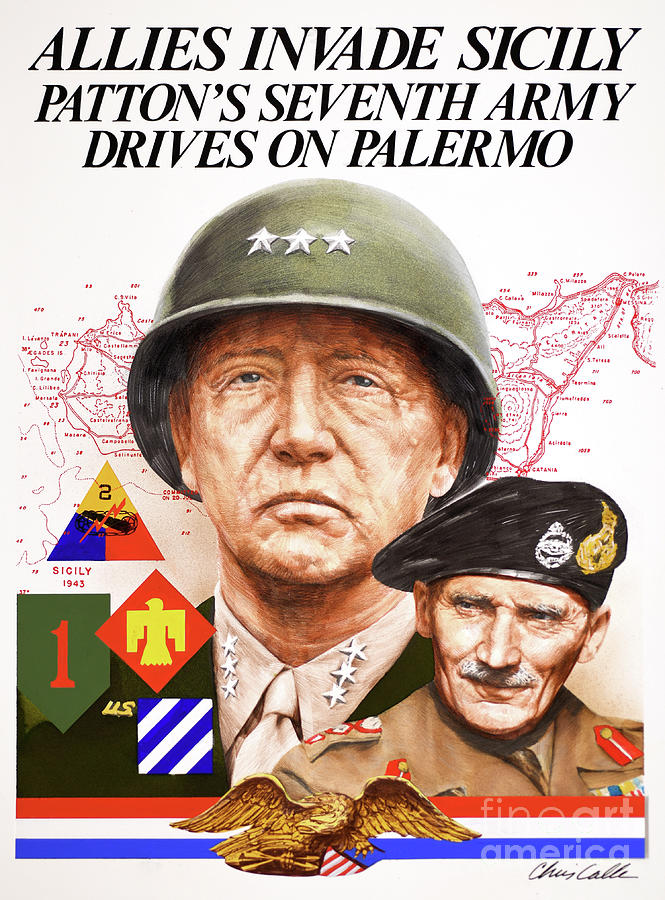 The first Allied invasion of an Axis homeland came on July 10, 1943, when the U.S. and Britain raided Sicily. The evening before, Allied parachutists had descended on the island to disrupt communications and occupy airfields. The next morning they were joined by approximately 2,500 ships carrying 181,000 soldiers. The invading troops disembarked on five beaches along Sicily's southern coast. Initially, they saw little to hinder their progress. The Allied forces had come from the south and east, not from the west as the Germans had anticipated. Attacks by German Panzer divisions were repelled and the Italian forces retreated. Germany responded by dispatching planes and tanks to the area, but they were swiftly bombarded by the offshore armada. By the evening of July 11th, the Allies had brought 80,000 troops and 8,000 vehicles ashore, only to be faced with another enemy. Rugged terrain covered by deep stream beds and steep, narrow roads made tank travel sluggish and painstaking. General Montgomery's 8th Army forged over Sicily's east coast to capture the city of Syracuse. Meanwhile, General Patton's 7th Army had landed at the southern coastal towns of Gela and Licata. Patton's troops proceeded to "go like Hell," reaching the northern town of Palermo within two weeks. By July 30, America and Britain had linked forces. Together, they took Messina, completing their capture of Sicily on August 17. The success of the offensive was considered a key factor in Mussolini's fall from power.

Artwork Copyright © 1992 Wind River Studios Holdings, Inc. All Rights Reserved under United States and international copyright laws. You may not reproduce, distribute, transmit, or otherwise exploit the Artwork in any way. Any sale of the physical original does not include or convey the Copyright or any right comprised in the Copyright. WRSH Stock Number XB14082