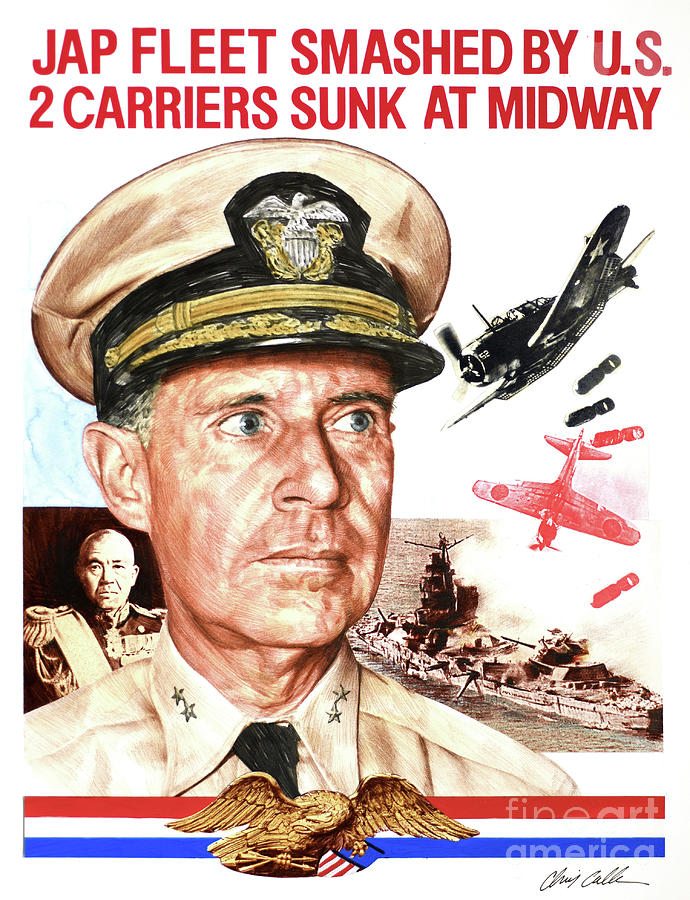 Commanding a colossal force of 160 warships, Admiral Isoroku Yamamoto was out to destroy the U.S. Pacific Fleet, capture Midway Island, and make amends for the embarrassment of Doolittle's raid. With the bulk of the Japanese fleet at his disposal and depending on complete tactical surprise, Yamamoto was confident of attaining his goals. Intelligence had broken the main Japanese code and knew of Japan's intended attack on Midway. Yamamoto would find that, unlike Pearl Harbor, the U.S. Navy was waiting for him, ready and able. Commanded by Adm. Chester W. Nimitz, the American force was positioned some 350 miles northeast of Midway and included the carriers Hornet, Enterprise and Yorktown. Less than a month earlier, the Yorktown had sustained extensive damage at the Battle of the Coral Sea. She was repaired in two days instead of an estimated 90, a remarkable feat that would prove to be a crucial factor in the upcoming American victory at Midway. The battle commenced on June 3, when U.S. torpedo planes left Midway and ineffectually engaged the approaching Japanese armada. The battle had just begun. Wave after wave of U.S. carrier-launched planes discharged their deadly arsenal upon the Japanese ships, often catching enemy planes, fueled and armed, on the decks. With his carriers, the Kaga, Akagi, Soryu and Hiryu, and scores of his planes at the bottom of the ocean, a defeated Yamamoto ran for home. Although the Yorktown was lost, the American victory was complete.

Artwork Copyright © 1991 Wind River Studios Holdings, Inc. All Rights Reserved under United States and international copyright laws. You may not reproduce, distribute, transmit, or otherwise exploit the Artwork in any way. Any sale of the physical original does not include or convey the Copyright or any right comprised in the Copyright. WRSH Stock Number XB13485