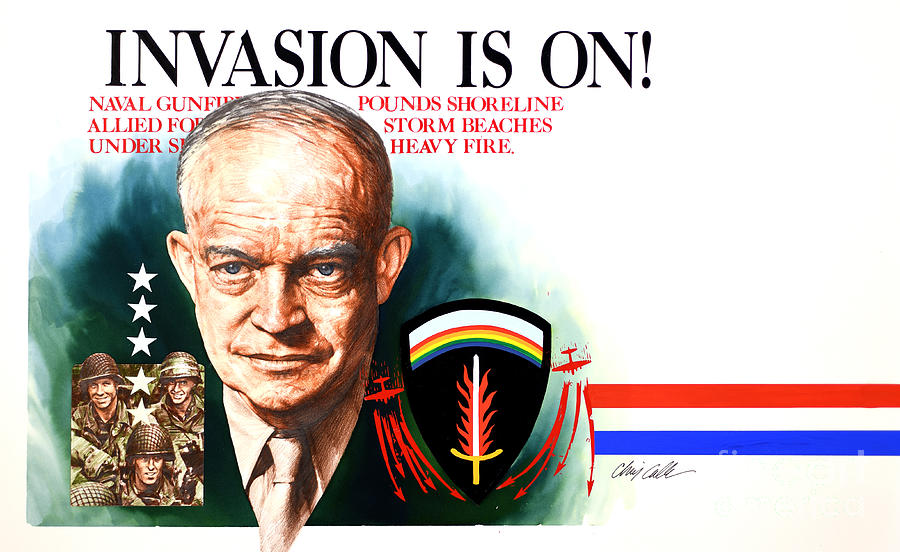 For most of World War II, an attack on German-occupied France had been a dream envisioned by the Allies. It wasn't until the end of 1943 that the Allies had a supreme commander for what would be called Operation OVERLORD. The cause of this delay was Anglo-American differences over who would hold the position. Once it became obvious that the United States would be providing most of the manpower and material for the invasion, Britain accepted the appointment of an American supreme commander. The man chosen for the post was General Dwight D. Eisenhower. His greatest gift was his diplomatic tact that bridged the mutual suspicions of the British and Americans. On assuming supreme command in January 1944, Eisenhower made several important strategic decisions. The first was to agree with British General Bernard Law Montgomery that the proposed invasion front had to be doubled in area and stretched westward. Second, the number of invading divisions had to be increased. Third, since increased forces required more landing craft, and these could not be had until early June, Eisenhower ordered the invasion postponed a month. On June 6, 1944, the Allies' dream came true, when five seaborne and three airborne divisions landed in Normandy. A difficult and complicated assault, these landings were the product of careful planning, successful deception and good fortune.

Artwork Copyright © 1994 Wind River Studios Holdings, Inc. All Rights Reserved under United States and international copyright laws. You may not reproduce, distribute, transmit, or otherwise exploit the Artwork in any way. Any sale of the physical original does not include or convey the Copyright or any right comprised in the Copyright. WRSH Stock Number XB14772