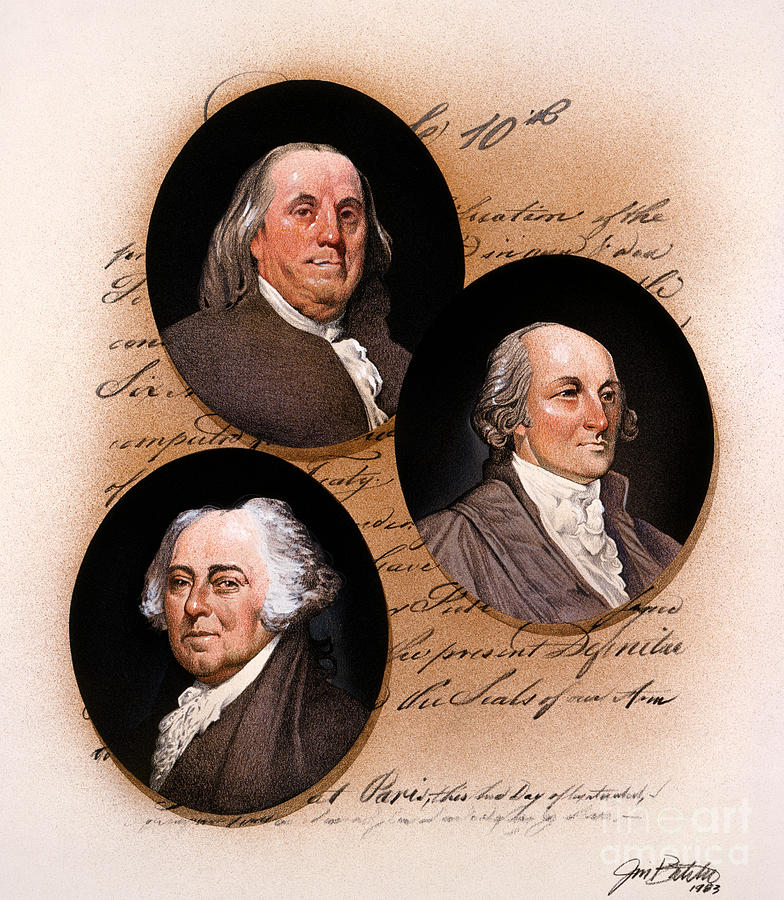 The American Revolution raged on for years as the American patriots fought desperately for freedom and independence. The American cause was aided greatly by the French government. Well-trained French soldiers, sailors, and especially French supplies and money were of crucial importance in the war against Great Britain. In addition, three French commanders were instrumental in America's victory for independence -- General Lafayette, Admiral de Grasse, and General Rochambeau. Lafayette's French forces joined with colonial troops and kept the British forces in check while Generals Washington and Rochambeau marched to Virginia. The naval fleet, under the command of Admiral de Grasse, bottled up the British troops at Yorktown. Outnumbered and surrounded, British Commander Cornwallis surrendered on October 17, 1781, and the fighting was over. The British formally recognized America's independence on September 3, 1783 when the Treaty of Paris was signed in Paris. America's peacemakers -- Benjamin Franklin, John Adams and John Jay signed the treaty that confirmed America's freedom.

Artwork Copyright © 1983 Wind River Studios Holdings, Inc. All Rights Reserved under United States and international copyright laws. You may not reproduce, distribute, transmit, or otherwise exploit the Artwork in any way. Any sale of the physical original does not include or convey the Copyright or any right comprised in the Copyright. WRSH Stock Number XB08351