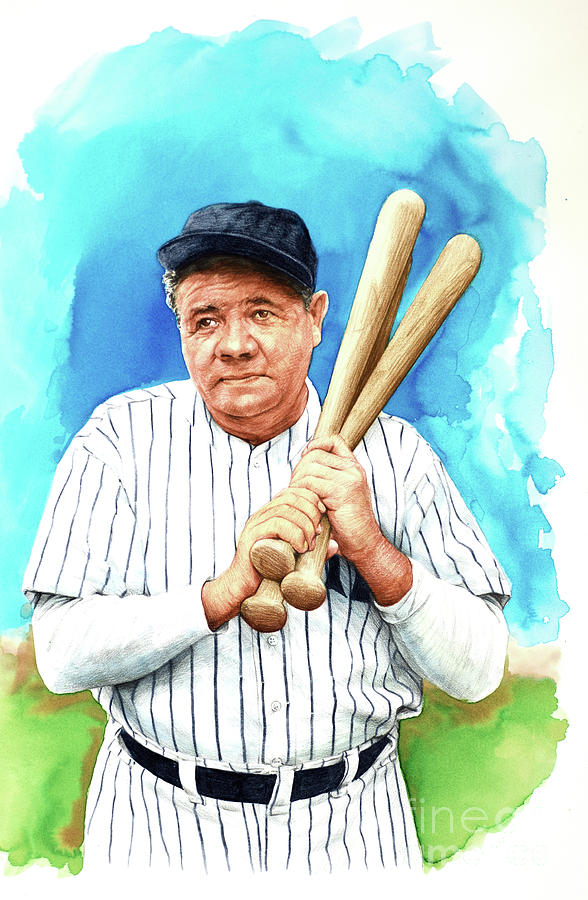 by Paul and Chris Calle

One of the greatest athletes of the 20th century, Babe Ruth bombarded the world of baseball, breaking and setting many records in his career. Ruth was instrumental in changing the game's playing style from the one-base-at-a-time tactic of bunting, stealing and short-hitting, to the get-it-all-in-one-swing thrill of the long ball. Born on February 6, 1895, in Baltimore, Maryland, George Herman Ruth learned to play baseball while living at St. Mary's Industrial School. He became the school's star catcher and pitcher, while also playing for local amateur and semi-pro teams. In 1914, Ruth began his professional career with the Baltimore Orioles, a member of the International League. It was with the Orioles that Ruth acquired his nickname "Babe" and immediately established himself as a skillful pitcher. Later that season, he joined the Boston Red Sox of the American League. Although he was one of the League's best left-handed pitchers, Ruth was soon moved to the outfield because of his power hitting. Between 1920 and 1934, the "Sultan of Swat" played for the New York Yankees, breaking the major-league home run record in three consecutive years (1919-1921) and walloping an amazing 60 home runs in the 1927 season. Ruth led the American League in home runs for 12 years, hitting a lifetime total of 714, a major league record that remained unbroken until 1974.

Artwork Copyright © 1998 Wind River Studios Holdings, Inc. All Rights Reserved under United States and international copyright laws. You may not reproduce, distribute, transmit, or otherwise exploit the Artwork in any way. Any sale of the physical original does not include or convey the Copyright or any right comprised in the Copyright. WRSH Stock Number XB16039