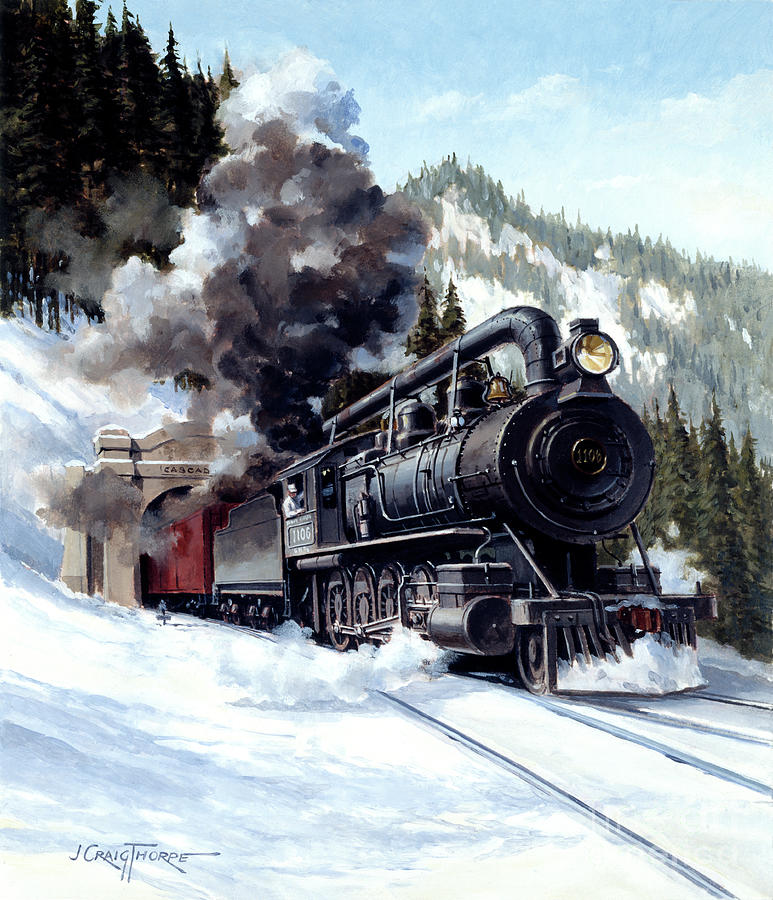 When confronted with a mountain range, the visionaries who built America's railroads had three choices: go around it, over it or through it. Those were the options available to John F. Stevens, engineer for the Great Northern Railway, when he found the Cascade Range between him and his proposed route to Puget Sound. Stevens had already brought the Great Northern through the Rocky Mountains. That experience helped him recognize the virtues of the pass that would eventually bear his name. Stevens Pass was ideal in that it allowed for several different routes. In fact, over the years, the Great Northern has had three routes at the Pass, one over it and two through it. The first ran across the summit on a series of eight arduous and time-consuming switchbacks. Not long after the switchback line was completed, work began on the original Cascade Tunnel. Nine years later, on December 20, 1900, the tunnel was opened and the switchbacks were closed. Although the new route was a vast improvement, it was still beset with severe curves, miles of snow sheds and four-percent grades. So in 1925, the Great Northern began construction on another tunnel at a more favorable site. Opened on January 29, 1929, the second Cascade Tunnel runs 7.8 miles, making it the longest railroad tunnel in the United States. Great Northern's 2-8-0 freight engine No. 1106, featured in this artwork, was built in 1901 by the Rogers Locomotive Works.

Artwork Copyright © 1994 Wind River Studios Holdings, Inc. All Rights Reserved under United States and international copyright laws. You may not reproduce, distribute, transmit, or otherwise exploit the Artwork in any way. Any sale of the physical original does not include or convey the Copyright or any right comprised in the Copyright. WRSH Stock Number XB14912