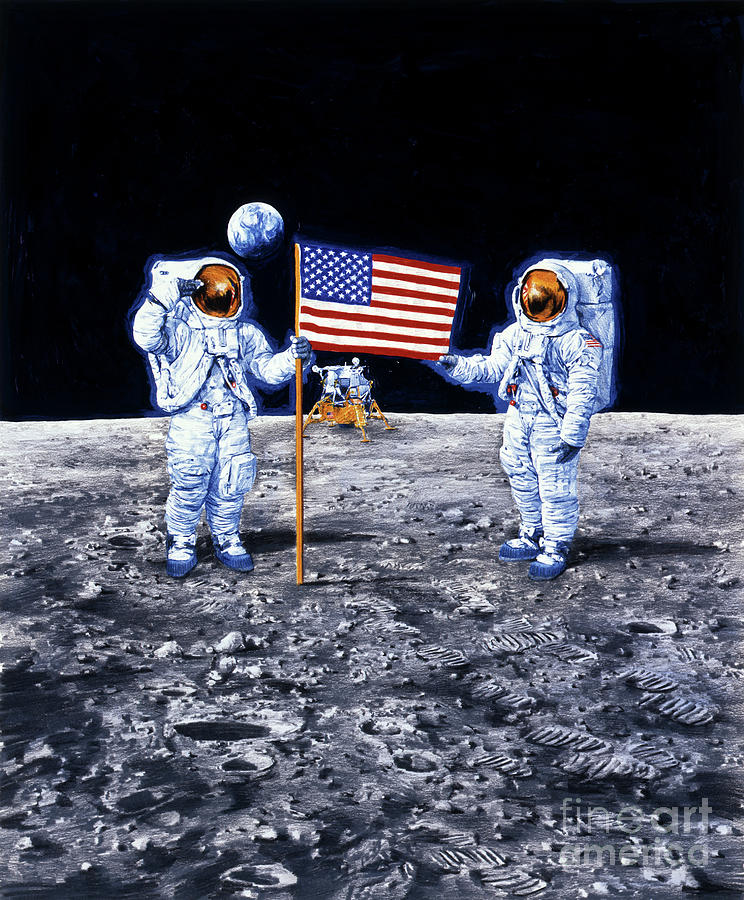 First Men On The Moon

by Paul and Chris Calle

First Men On The Moon

On July 16, 1969, at 9:32 A.M. EDT, Apollo 11's Saturn V rockets roared to life,
launching astronauts Neil Armstrong, Edwin Aldrin Jr. and Michael Collins towar
d the heavens. Thirty-four hours into the flight, the crew of Apollo 11 began br
oadcasting their journey for a live color television special. The largest TV vie
wing audience in history remained transfixed as the lunar module Eagle
descended toward the Moon. On July 20,1969, at 4:17:43 P.M. EDT, the spacecraft
touched down on the lunar surface. "The Eagle has landed," reported the
astronauts to Houston Space Command. At 10:56:20 P.M. EDT, Neil Armstrong becam
e the first man to set foot on the Moon. Back on Earth, President Richard Nixon
summed up the feelings of many people around the globe by stating, "This is the
greatest week in the history of the world since the creation."

Artwork Copyright © 1999 Wind River Studios Holdings, Inc. All Rights Reserved under United States and international copyright laws. You may not reproduce, distribute, transmit, or otherwise exploit the Artwork in any way. Any sale of the physical original does not include or convey the Copyright or any right comprised in the Copyright. WRSH Stock Number XB16467