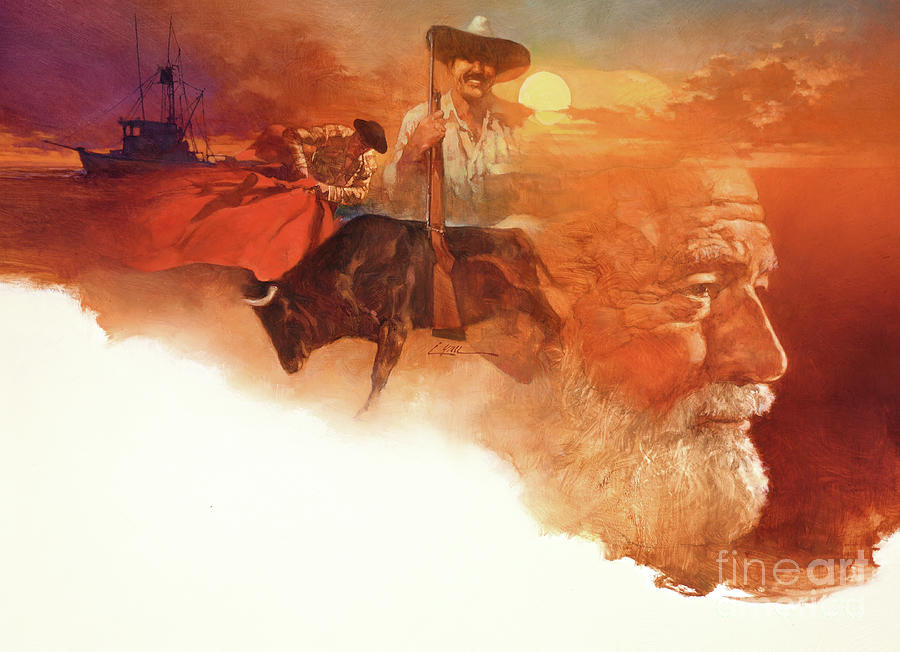 One of the towering literary figures of the 20th century, Ernest Hemingway received the Nobel Prize for literature in 1954. Affectionately known as "Papa," he was a master storyteller, encapsulating the most complex human dreams and fears in straightforward plots and simple words. Hemingway was born on July 21, 1899, in Oak Park, Illinois. His father was a doctor of medicine, and an avid hunter and fisherman -- introducing young Ernest to some of the themes which filled his later works. It was when Hemingway decided to forego college and become a reporter that he began writing, eventually guided in Paris through his first creative efforts by expatriates Ezra Pound and Gertrude Stein, then later covering the Spanish Civil War. From almost the beginning, his vast abilities were evident. His first major novel, The Sun Also Rises, made him a world literary figure at age twenty-seven. His total creative output of six novels and fifty short stories, brought to a close by ill health and suicide in 1961, is among the most influential American prose.

Artwork Copyright © 1989 Wind River Studios Holdings, Inc. All Rights Reserved under United States and international copyright laws. You may not reproduce, distribute, transmit, or otherwise exploit the Artwork in any way. Any sale of the physical original does not include or convey the Copyright or any right comprised in the Copyright. WRSH Stock Number XB12129